Memo Britain: Be Yourself 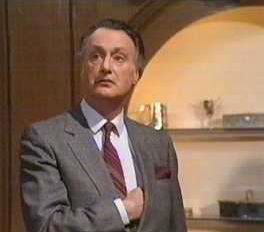 The Guardian reports some concerning news about the upcoming UK leaders’ debates:

Britain’s first televised debates between party leaders are in danger of being “negotiated to death”, according to senior party sources. One senior figure close to the talks said there was a danger that all spontaneity was being drained out of the debates.

Tense negotiations between the parties and the broadcasters last week left key issues unresolved, including the degree of audience participation, whether the leaders will be allowed to interrupt each other, and the method of audience selection.

And later in the article:

Broadcasters have been looking to the rules drawn up for TV presidential debates by the American commission on presidential debate. These set out detailed guidelines such as the size of the podium, the right of a participant to ask only rhetorical questions of a rival, and a ban on the use of props of any kind.

The article should concern any Britain.

Why are the parties being allowed to “negotiate to death” the debates?

There is a clear conflict of interest between party interest and the public interest.

Parties want to control messages and images, even if it means suppressing the real message and the true image.

The public on the other hand want the truth. They may sense that the intensity and spontaneity of an election debate has the capacity to divine that truth. That’s certainly how viewers will  be lured.

The public interest should prevail. Any other conclusion manifestly subjugates voter education at the expense of political risk management.

Who really cares if both parties want to talk about podium height or studio lighting?

This is why Election Debates calls for a truly independent debate commission (not a commission comprised of political appointees like the US Commission).

Why is the media pouring over rules drawn up in the US?

Britain should design debates that fit with British culture, not American culture.

The possibility that participants might only be allowed to ask rhetorical questions is completely at odds with the Westminster system and Oxford-style debates – both proud, democratic exports of Britain to other parts of the world.

In the Westminster system, the executive can be held accountable through direct questioning. Televised leaders’ debates provide an opportunity to extend that very public scrutiny to the alternative government.

The highly interactive Oxford-style of debate further underlines the tradition of direct questioning and also presents a strong case for audience participation.

Commonwealth countries that have held election debates such as Australia and New Zealand have turned their back on their own parliamentary culture in favour of the benign and anodyne style of US presidential debates.

The politeness and control of US presidential debates does not suit the British parliamentary tradition. We need to see a more robust and confrontational style of debate.

Just because the UK has embraced the US phenomena of presidential debates does not mean that it has to follow the US formula. Stop pouring over US debate memoranda and design something dynamic, exciting – and British!

Hopefully the situation of having three separate broadcasters will mean that at least one broadcaster sees the opportunity to create a more raw, compelling and memorable debate.

« Who should ask the questions in the UK leaders’ debates?
Election Debates’ experts on the UK debate rules »